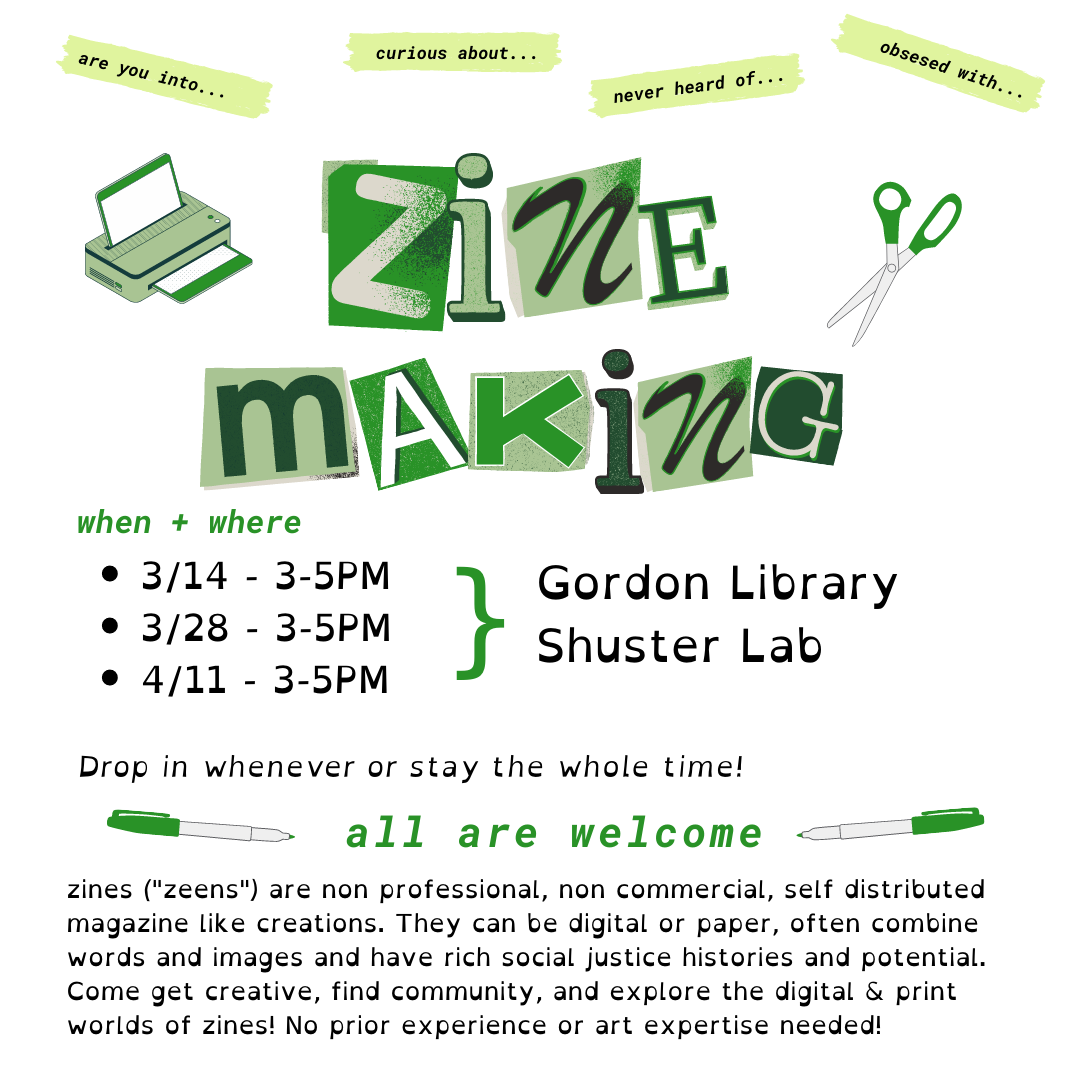 This guide is designed to help you learn more about zines -- what they are, how to make them, where to find digitized and digital zines, and opportunities to make zines at the Gordon Library.

Use the links below or the tabs at the top to navigate this guide.

What is a Zine?

Zines (pronounced "zeens" like in magazines) are non professional, non commercial, self distributed magazine-like creations. They are typically printed and distributed in small batches and have traditionally been designed to be easily reproduced and shared. They can be digital or paper, often combine words and images, and have their roots in literary zines like Fire!! out of the Harlem Renaissance, science fiction fanzines of the 1930's, and political activists of the 60's & 70's, and punk/D.I.Y. zines of the 90's and 2000's. Today zines can be made digitally, and print zines can more easily be digitized. Fanzines emerged when science fiction was not deemed literary enough to be reviewed and included in literary magazines of the era. Throughout history and into the present, zines have provided a space for underground and marginalized voices and communities.