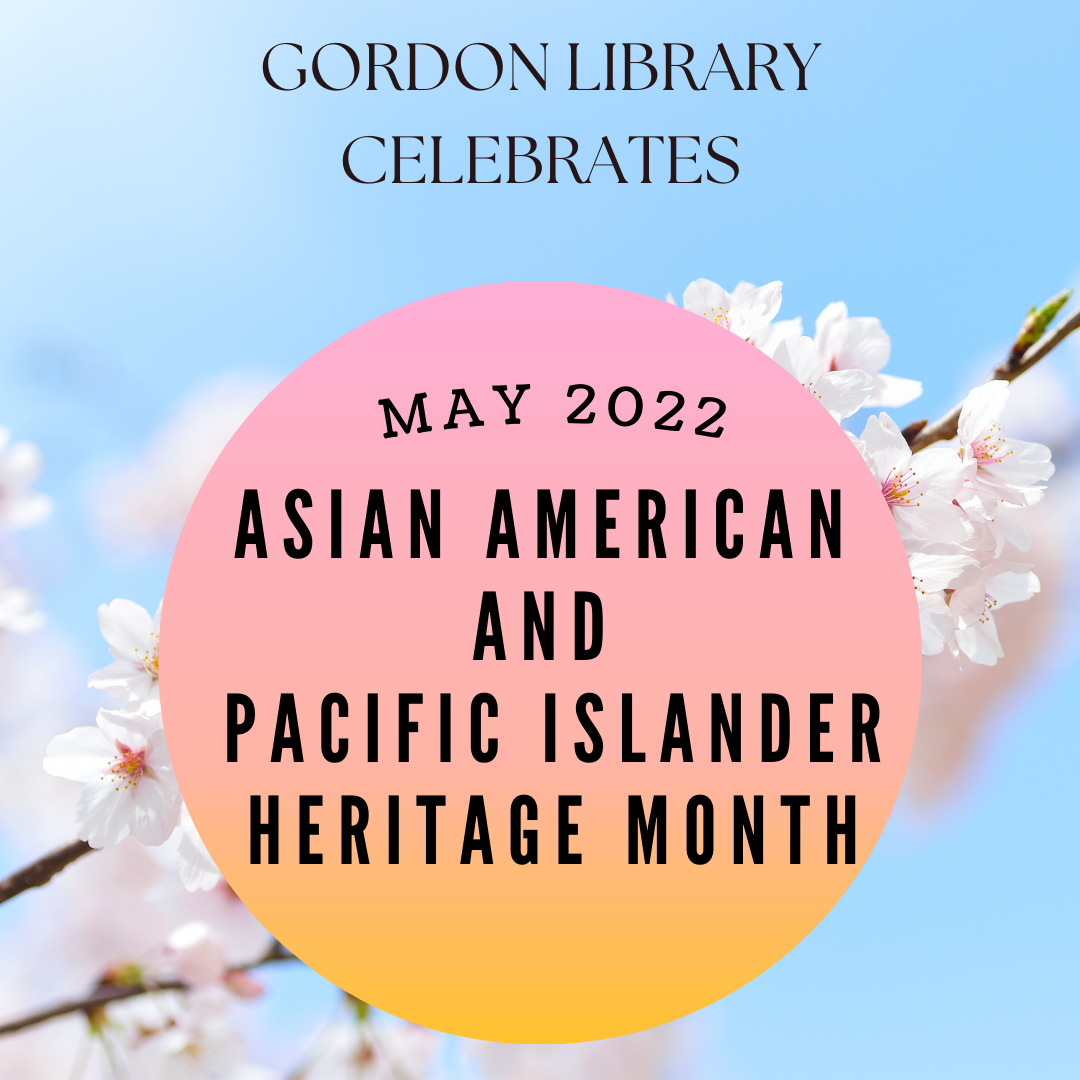 In 1990, Congress expanded the celebration from one week to one month and in 1992 passed Public Law 102-450 which designates each May as Asian/Pacific American Heritage Month.  May was chosen to celebrate the arrival of the first Japanese immigrants to the United States on May 7, 1843 and to mark the completion of the transcontinental railway on May 10, 1869, which was constructed primarily by Chinese immigrants.

The theme for 2022, "Advancing Leaders Through Collaboration" which champions the idea of individuals, groups, and organizations actively working toward common goals. Gordon Library joins WPI and the world in honoring the legacy and culture of Americans descended from the Asian continent and the Pacific Islands of:  Melanesia, Micronesia, Polynesia Zealand, the Hawaiian Islands, Midway Islands, Samoan Islands, Cook Islands, French Polynesia, and Easter Island.

National Endowment for the Humanities